Selling a Business? Make Sure You Get a Properly Drafted Contract!

Buying and selling businesses can be a highly complex matter and dispensing with legal formality is a positive invitation to trouble. The point could hardly have been better made than by a High Court case concerning the ill-fated purchase of a fish and chip shop which culminated in threats of violence. 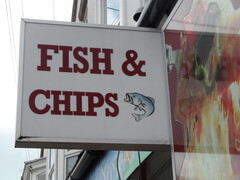 Following informal discussions, a businessman had paid £160,000 for the business as nominee for the buyer, his brother-in-law. Although, both buyer and seller had instructed solicitors, they deliberately kept them in the dark and showed little or no concern for the advice they gave. As a result, no agreement embodying the terms on which the shop was to change hands was ever signed.

The buyer and seller fell out within months of the buyer taking possession of the business. Issues arose as to the buyer’s continued use of the seller’s trading style and the shop’s lease, which remained in the seller’s name. The shop did not have the benefit of planning permission for the sale of hot food, and the buyer claimed that the seller had misrepresented to him that it did.

Matters reached a head when the buyer absented himself abroad for three months , leaving debts unpaid and the hop in the hands of an inexperienced manager. The seller, who was facing demands for rent arrears, took back possession of the shop and resumed running what was left of the business. He later paid the buyer £20,000 but retained the rest of the purchase price.

In dismissing the buyer’s claims, however, the Court found that a binding agreement had been reached for the sale of the business, despite the absence of a written contract, and that there was nothing unjust about the seller retaining the purchase price. He had done all that was required of him in handing over control of the business, the fortunes of which had deteriorated sharply under the buyer’s mismanagement.

The buyer had effectively abandoned the venture, leaving rent, bills and staff unpaid, and the seller had emerged from the debacle to better than even. The seller had not misrepresented the planning status of the premises, which had been used by the buyer as a pretext for claiming back the purchase price. The seller also bore no responsibility for the buyer’s difficulties in making a success of the business.

In upholding the seller’s counterclaim, the Court found that he had not been obliged to repay the £20,000, and had only done so under duress after the buyer made threats of violence against him and his family. He was also entitled to be reimbursed after discharging debts left behind by the buyer. As the purchase price had originally been agreed at £165,000, and the £5,000 balance was due to the seller. His total award came to 326,850.