Buying a Property at Auction? Don’t Dispense With Legal Checks!

Buying a property at auction can be hazardous and should never be attempted without instructing solicitors to carry out all the necessary checks. In a case highlighting this point, a father and son bought a former council flat for over £200,000, without knowing that the number of its bedrooms had been doubled without the required planning authority. 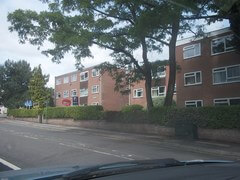 The former tenant of the flat bought it from the council under the right to buy scheme. The long lease provided that no alterations or additions could be made to it without the council’s written consent. No such consent was obtained before the flat was reconfigured to provide four bedrooms. A further requirement under the lease that the tenant was to register any subletting of the flat with the council, and pay a reasonable charge of at least £20, was also ignored.

Father and son subsequently bought the flat at auction for £207,500. They said that they were unaware of the breaches of the lease, which were entirely the former tenants responsibility. The council nevertheless complained to the first-Tier Tribunal, which granted a declaration under the Commonhold and Leasehold Reform Act 2002 that two covenants contained within the lease had been breached.

Without formally committing the council, its lawyers indicated that it would be unlikely to exercise its right to forfeit the lease provided that the father and son restored the property to its original two-bedroom configuration, within a reasonable period along with registering the subletting and paying the council’s charge.